It was a cold day but my niece Catherine wanted to take us on a walk through the old Sackville Quarry and we’re glad we did. It was absolutely beautiful in there, especially with the icey waterfall we discovered. I hadn’t been back in there since high school. I remember my first time there in 1990 at a high school party. As usual the cops raided it and everybody scattered!

The Pickard Quarry (at the end of Quarry Lane off Salem and Pickard off York St.) was opened in 1883 to obtain stone for the construction of Centennial Hall at Mount Allison. The original proprietor, Charles Pickard, was a stone merchant and later mayor of Sackville. The quarry had 25 employees and produced 5,000 to 8,000 tons of stone annually. Buildings constructed out of stone from the Pickard quarry in Sackville are:

Stone from the Pickard quarry was used in over one dozen buildings at Mount Allison. The quarry was finally closed in October, 1979, after stone was extracted to become part of the Roy Crabtree building.

The Quarry, located less than a mile west of campus, was not always a place for pot smokers and amateur graffiti artists. It actually has a history. Gwen L. Martin writes in the book For Love of Stone, written for New Brunswick’s Mineral Resources Division, that it was first mentioned in Sackville documents in 1885. The quarry was a source for sandstone, and contributed to building Sackville structures, over a dozen of which are on campus and include Centennial Hall. The original proprietor was Charles Pickard, who incorporated the Sackville Free Stone Company on June 4, 1901.

It was an efficient and busy quarry, connected to the Intercolonial Railway’s Tormentine branch. Pickard secured markets across eastern Canada, and even sent stone to the USA. The last project done with stones from this quarry was the restoration of the Ontario Legislative Building in 1971. The building was originally built in 1892 with stones from the quarry. In 1979, neighbours of the quarry complained about noise and dust, and it was shut down in October, 1979. The leftover stone was used to build the Crabtree Building on campus, and the Quarry is now surrounded by a raspberry patch and filled with water. 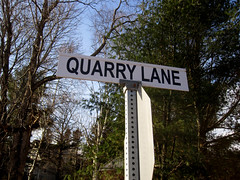 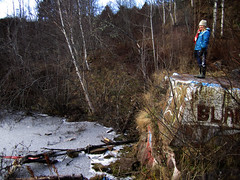 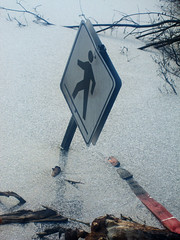 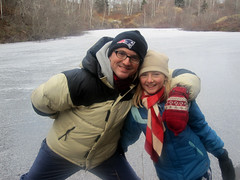 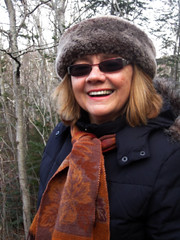 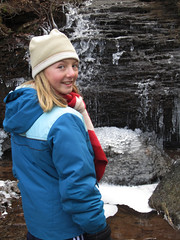 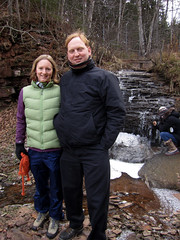 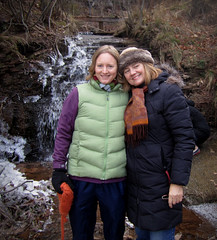 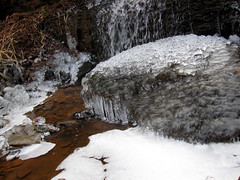 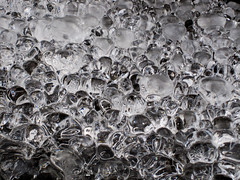 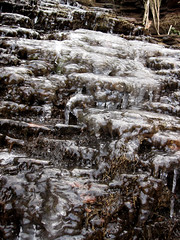 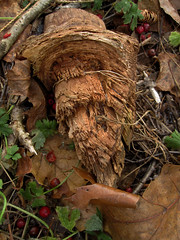