I have done two half marathons in my life so far, but this September Surrey BC is launching the Surrey International World Music Marathon right in my backyard so I have chosen this as the perfect venue for my first full marathon. After screwing up my foot with a mysterious running injury last summer, I thought I’d never run again. Two doctors couldn’t figure it out. Whatever was wrong with my foot, it seems to have healed now.

After a consultation at Kintec in Surrey and getting specialized Hoka Bondi B running shoes there from France (with like an inch and a half cushion) I should be ready to roll.

The Marathon will start and finish on University Drive at 102 Ave across from Central City Plaza. The course is a double loop of the Half Marathon course that winds through Central Surrey. The course is an attractive urban run that will pass through parks including Holland Park and Green Timbers and residential districts.

Each mile on the course is being sponsored by a different country with the various community groups and cultural associations decorating their mile along the course as well as providing an entertainment stage and volunteers to cheer on the runners.

Marathon runners will be directed to a turnaround leading the second loop where they will discover new talent performing on all the entertainment stages for their final lap. 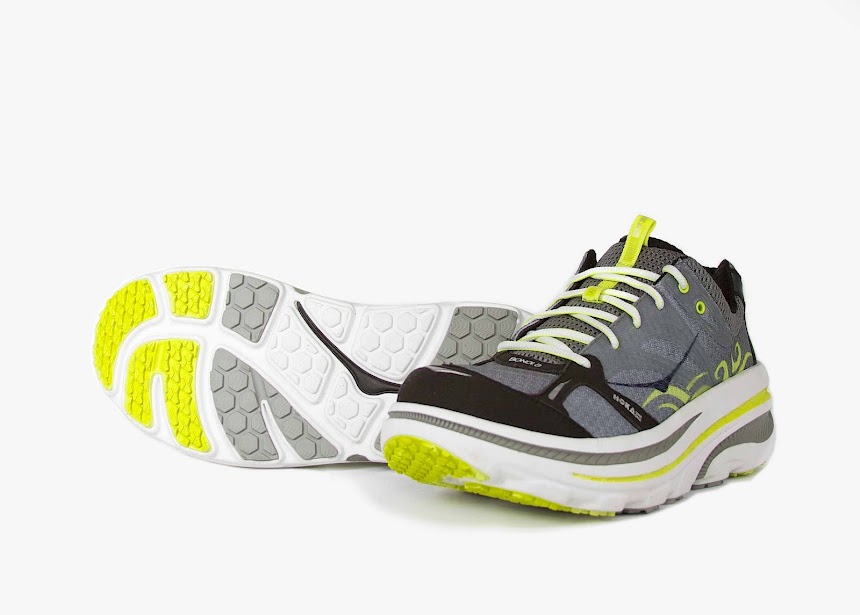 These are the Hoka Bondi B running shoes I got at Kintec in Surrey. If you’re going to run a marathon, I suggest you pay a visit to Kintec and avoid injury so you won’t be hobbling around like I was last summer.

By the way, the guy who helped me with my consultation at Kintec was 1996 Olympic Gold Medalist (4×100 meter relay at the 1996 summer Olympics in Atlanta, Georgia) runner Robert Esmie. He’s a really funny and cool guy. Check out this article (and video below) about how he had his gold medal stolen, but then got it back!

Surrey Olympic gold medalist Robert Esmie shows his replacement gold medal. The original medal – which he won in the 4×100 metre relay at the 1996 summer Olympics in Atlanta, Georgia – was stolen in 2004.

Notice Robert’s sporting his Bondi B’s in this video. These shoes rock!