This place is rich in history. Dad gave me a good book about the fort: The Siege of Fort Cumberland, 1776: An Episode in the American Revolution. (See also in Google Books)

Clarke describes events in Nova Scotia leading up to the siege of Fort Cumberland by the Continental army in 1776 and argues that from the beginning of hostilities Nova Scotians’ primary loyalty was to Britain. He examines the attitudes of the various players in the region – New England planters, Acadians, Native peoples, Yorkshiremen, and Scots-Irish – and their responses to the call to arms issued by the revolutionary forces in the thirteen colonies. Clarke is the first to take the Nova Scotia patriots seriously and explain their motives instead of damning them as rebels.

An in-depth study of a British colony’s reaction to and ultimate rejection of independence, The Siege of Fort Cumberland will be of great interest to colonial historians in Canada and the United States.

Fatima, Ollie and I paid a quick visit to the site on our way to Amherst. We found some interesting stores in Aulac as well, such as Smoker’s Heaven drive through smoke shop.

In this photo where I am lifting Ollie up, in the distance, behind the row of cannons, you can see the new wind farm being built on the marshes outside of Amherst. 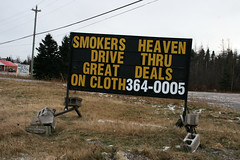 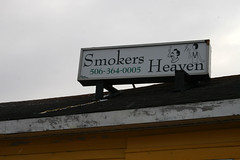 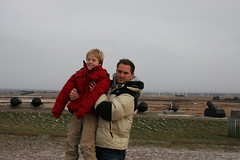 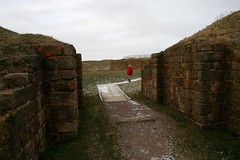 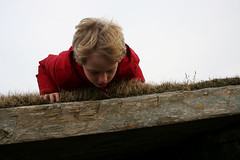 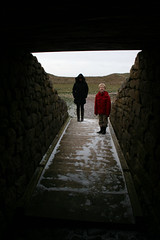 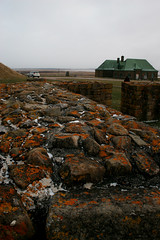 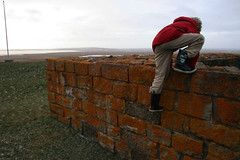 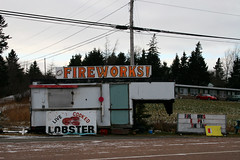