Rob and I bottled up the wheat beer last Monday. We had some bottles I got from a homebrewer last year who had switched to kegging. Some others I collected over the past few months. I also bought 4 large swing-top bottles recently. One of which had a small crack inside of it. This was something I had noticed after purchasing. I didn’t think much of it since the crack wasn’t all the way through.

It resembled the kind of crack you might get on your windshield from a pebble. After priming the beer with dextrose (sugar which causes in-bottle carbonation) it sat in the bottles for about 7 hours until around 5am I heard the sound of smashing glass and a boom! My wife was freaking out thinking there was a burglar.

The pressure from carbonation building up inside the bottles was too much for this crack and it spread, causing the bottle to explode. The bottle basically split in half, with the beer from the top half going all over the floor. It was a pretty significant explosion as there were a couple shards of glass thrown, including one about 2 or 3 inches long.

This was pretty scary as I was half asleep and didn’t realize it was caused by the crack. I figured that all of these bottles were about to explode all over the place and I was concerned about glass shrapnel flying everywhere with two cases of ticking glass timebombs!

I quickly and gently popped open the other 3 swing-top capped bottles. One of them gushed up like a champaigne bottle, the others seemed to have less pressure but still made a pop. If you put too much sugar in the bottles, the yeast will yield too much carbonation and it can be very dangerous. But after examining the exploded bottle I realized the crack had spread, and the other bottles were ok. So I threw a little more sugar in the opened bottles, resealed and put them aside.

Still a little nervous, I wrapped the boxes of bottles in garbage bags and set them outside on the balcony. The bottles seemed ok after 24 hours and the temperature was dropping out there to about 8 degrees celcius. Ale yeast should have at least 16 degrees for proper fermentation/carbonation so I decided to bring them back inside.

In 3 more days the beer will be ready for tasting! Can’t wait to see how it turned out. I did sample a little during bottling and it tasted good but obviously young and very flat. 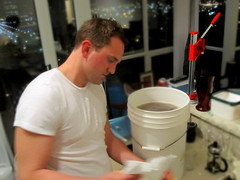 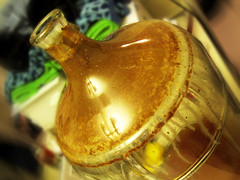 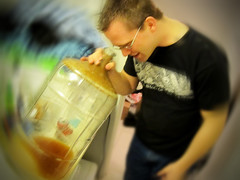 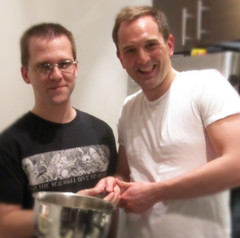 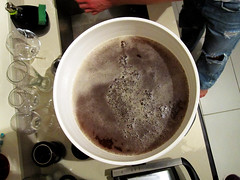 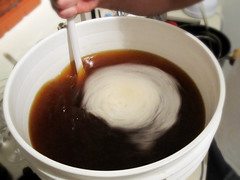 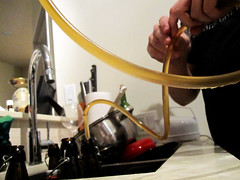 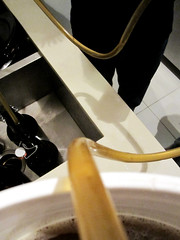 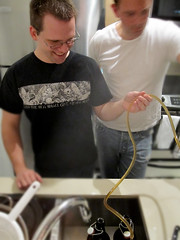 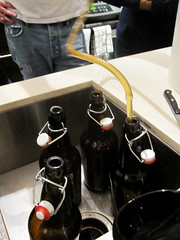 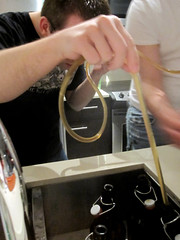 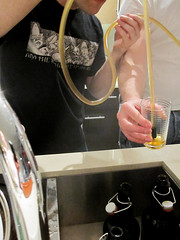 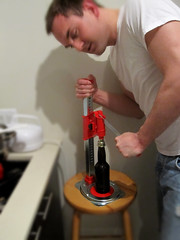 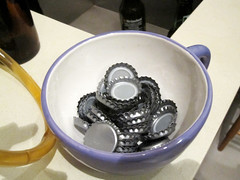 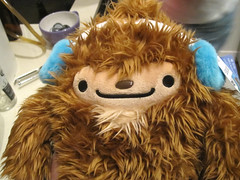 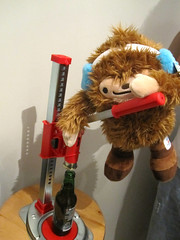 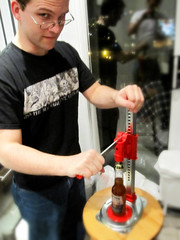 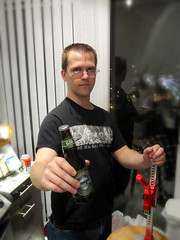 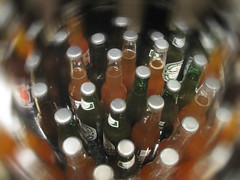 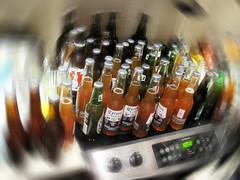 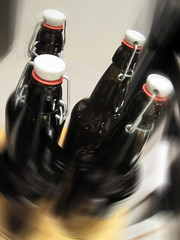