A Sunny Place For Shady People

The place to be on Caye Caulker is at “The Split” which takes its name from the narrow channel that literally splits the island. You’ll find some of the clearest, prettiest turquoise water you’ve ever seen here.

There’s a tiny beach-like area here for swimming. Lounge on the crumbling cement pier which must have been destroyed in a hurricane, then jump in the water and soak up the sun while you enjoy a rum punch or Belikan beer.

At the Split sits the Lazy Lizard outdoor bar and grill where you can grab a drink, hang out and listen to some reggae beats.

One of the things I liked about this funky spot was that everyone who visits must sign the wall, or beams which hold the small structure together. The Creole bartender handed me this marker and as you see below, I signed the web address for this blog (yes I had it back in 2004), which used to reside at DamanBeatty.com.

(DamanBeatty.com signed on the wall at Lazy Lizard, Caye Caulker)

(Liam at the Split, Caye Caulker)

Last year on his way to New Zealand, my cousin and a best man at my wedding, Liam Bissell stopped off at Caye Caulker and promised to visit the Lazy Lizard, sign the wall and drink a Belikan beer for me. 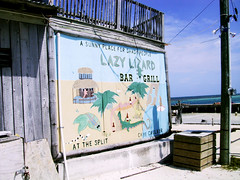 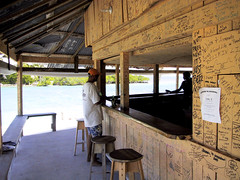 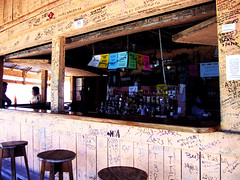 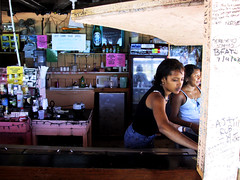 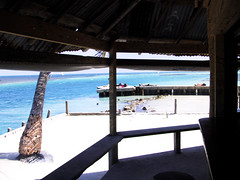 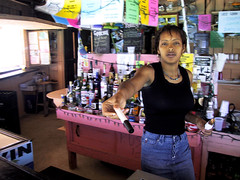 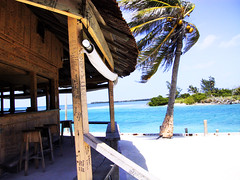 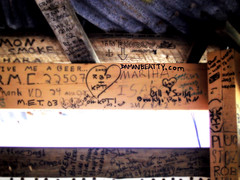 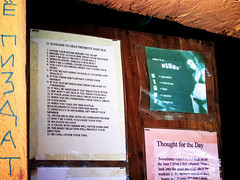 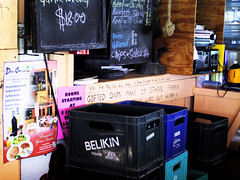 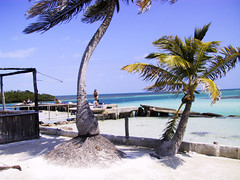 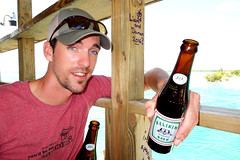 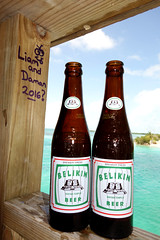 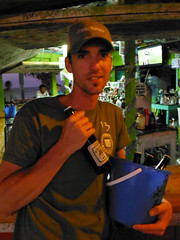