The Maya Mountain Lodge we stayed at was very close to San Ignacio, a town in western Belize. San Ignacio is the capital of Cayo District. During British rule, the town got its start from production of Mahogany wood and chicle, which is used for making chewing gum (Chiclets). It attracted different people from the surrounding areas, which led to the diverse population of the town at present day. Local residents are Mestizos, Maya and Garifuna, with a few hippy expats from Europe and North America.

Located along the Macal River, San Ignacio is not just for tourists, which is why Mom chose it. There is a very positive local vibe, with a busy farmer’s market.

Travelling in 2004 is not the same as now with regard to Internet access. This was long before smart phones and nobody had WiFi. They had one computer station at the Lodge which was on dialup with a long line of people waiting to use it. To check my email I visited this cyber-cafe (above) which had decent service.

It was so sunny and hot. Mom and I stopped at a little bar to enjoy an ice cold Belikan Beer.

I couldn’t get enough of that Belikan beer. I even got a Belikan t-shirt, which I still wear. 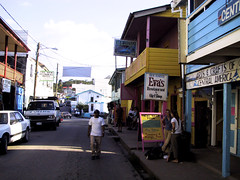 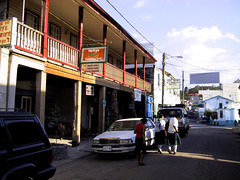 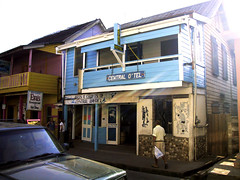 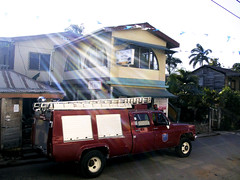 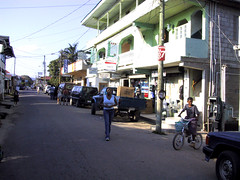 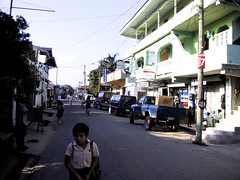 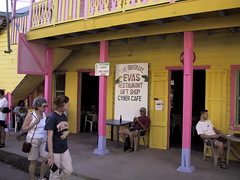 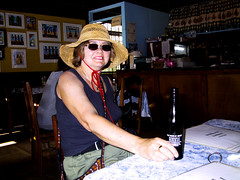 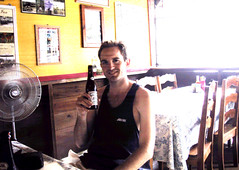 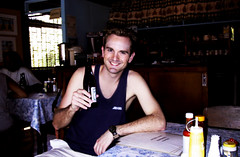 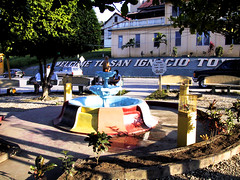