On our third day in Belize we took the Maya Mountain eco-tour to the Barton Creek Caves. After breakfast, this man showed up in his pick-up truck with his son. He was the tour guide.

There was only room for one passenger in the front of the truck so the son and I hopped in the back. It was so much fun riding in the back of the truck. I hadn’t done that since growing up on the farm with Dad’s truck before they had seat belt laws.

My sister and I used to stand right on the back bumper while he drove down the road. One time I was in the back, sitting on the edge and when Dad took a turn I rolled right off the edge and tumbled into the field! Luckily it wasn’t pavement.

When we were driving through town and came to a stop sign, some dude just hopped in the back of the truck with us to hitch a ride for a while. Everybody knew each other around there it seemed. We also picked up a young german couple who joined the tour. This is the boyfriend above. I wonder if they’re still together.

When we got to Barton Creek, the tour man and his son unloaded two large canoes mounted above the truck. We paddled along the ancient Mayan waterway deep inside a mountain. There were ancient artifacts scattered about. I was blown away to see actual human skulls mounted on rocks where Mayans had performed human sacrifices. These were the victims.

This is one of the largest caves in the world. There were beautiful stalactite formations everywhere which we needed industrial strength flashlights to see.

Although much of the cave had high ceilings with these beautiful rock flows and cathedral-like chambers, in some places the ceiling was so low you had to lie down in the canoe. This wouldn’t be so good for claustrophobics, or people afraid of bats!

(Here’s our Barton Creek Caves tour guide with his canoes.)

(On our way from the caves, Mom and I stopped to visit this enormous tree.) 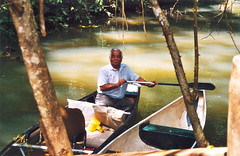 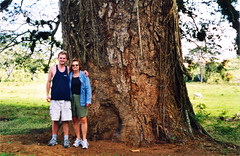 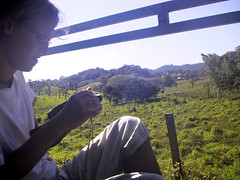 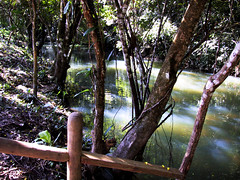 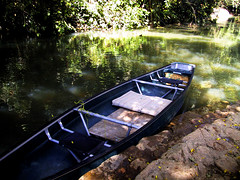 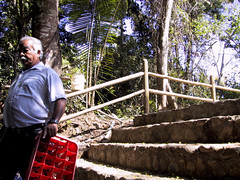 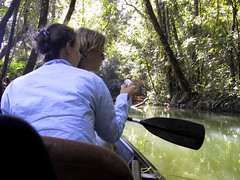 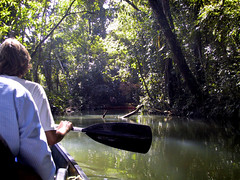 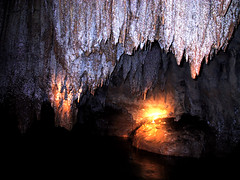 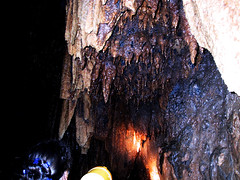 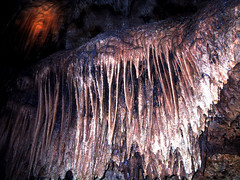 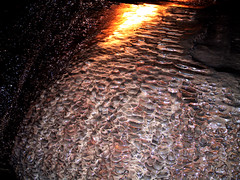 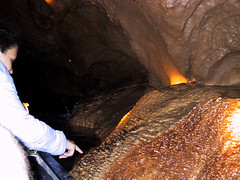 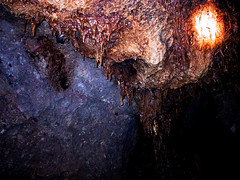 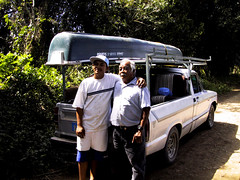 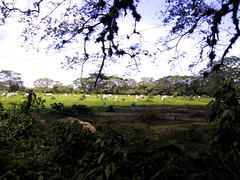